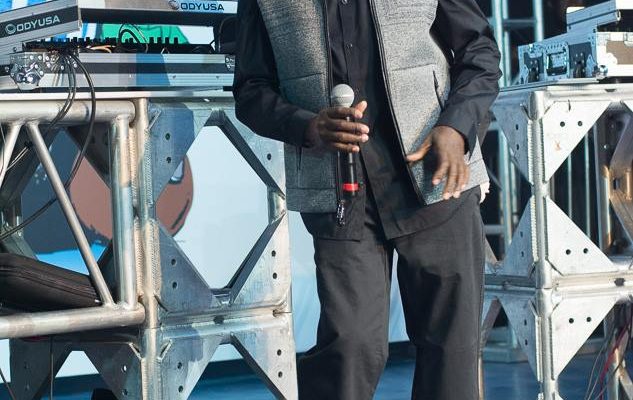 The five combatants on hand were Mighty Crown, the 7 time World Champions and youngest of the challengers were on this evening in perfect form. Down Beat with their deep dub boxes saturated with Studio One specials, were more than equipped, Silverhawk had shimmering of hope early on, Black Scorpio clearly had the artillery, and lastly Body Guard didn’t miss a beat in their onslaught.
For the Vintage Rumble the stage was set 5 famed sound systems here at Queen’s hotbed Amazura looked three quarters full by the initial entry of patrons. The balance of would-be spectators swirled in the streets before the first round; surely a capacity crowd was in attendance. But even this chaos was ordered.
Also in fine form was Mighty Crown at the start of the second round. The crowd screamed for a couple of tunes but their delivery sealed the deal. Sammi T and Masta Simon were mic men by committee on the night while Ninja manned the selector duties the entire night. If Sammi T is captain Masta Simon is champion, Ninja is his right- hand man.

In the 4th round we witnessed a younger version of the Down Beat as Tony Screw sat this round out. They still prevailed as there was never any doubt, in the sequence of outrageous forwards from their Studio One onslaught as Amazura reached total pandemonium.

So Downbeat stormed through the Vintage Rumble and the delirium will go on. It was no easy fete as Mighty Crown had tied the best of 10 tune for tune round at 2-2. Downbeat went on a relentless blitzkrieg attack and stormed through to victory by manufacturing a score of 6-2 to capture the title. Just a spare though for Tony Screw, who gave his best at the debut staging of this event that pitted sound systems who flourished in the modern era of the sound clash dynasty.